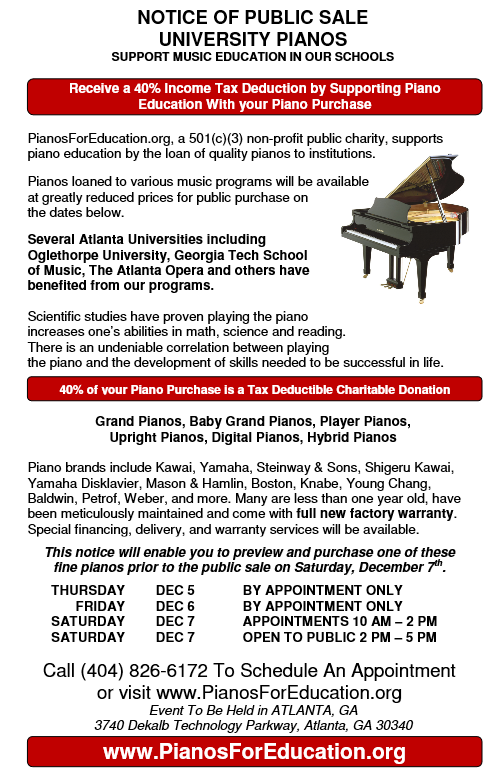 I grew up singing in public.  It was in a small town setting, but nonetheless, my fear of getting in front of total strangers and singing was squashed long before first grade.  I remember being asked to sing a solo twice in a school production between the ages of 6 and 8 years old, even though the program mostly included older children.  So, I never really felt the terror that some of my students do about public performance. I don't suppose I was really allowed that emotion with performance.  (That's not to say I've never been afraid to perform in public, but it was just so rare.)

A few years ago a father approached me about his son.  His son was scheduled to begin lessons soon and the dad wanted to inform me of the deal he'd made with his son.  He had promised his son that he would not have to play in a recital if he would agree to resume piano lessons with a new teacher.  Apparently the child had gone through a horrific experience of last minute stage fright with a previous teacher and the stigma surrounding the occurrence had traumatized him. I listened and learned.  When his son entered my studio, there was no mention by me of a recital when we discussed upcoming events.

I must admit that this event changed my approach to teaching.  While I had never ever embarrassed or pressured anyone into public performance, I certainly had geared my programs around it historically.  It is, after all, great to have a clearly defined goal toward which students are working.  The recital is the apex of most musicians accomplishments!  Yet, here was clearly a student in my care who was talented and progressing, but without the promise or goal of a public performance.

Within a few months I had another student go from a beaming, enthusiastic mood to a look of sheer terror at her first lesson when I complimented a song she'd played and suggested she play it at recital.  She literally shrank back and became sullen.  Fortunately, her mom was nearby and quickly explained that she had been a part of  a "traumatic" recital event where she froze at the last moment and then could not play. I quickly reassured her that she would not have to play in recital as she warmed back up to me.

In the arts we often lose students who would probably benefit greatly from participation in music lessons.  Why?  It is because we force them into a mold of expected "norms" of growth and performance.  In the process, we stave off creativity and maybe the advancement of the very thing we think we're perpetuating - future musicians.

No real progress in the development of a new genre ever happened because a composer or musician followed all of the norms.  Point to any figure who stands out as an implement of change and I'll show you someone who was not afraid to get away from the expected to try a new approach.  Maybe the word "recital" has become a hinderance to such change.

With that consideration, I decided a few years ago to remove the word formally from my references and name it something fun.  I change the word from time to time.  Recently I took on a couple of students who are so musical and are progressing very well.  Both of them looked at me with that familiar look recently when I mentioned the upcoming musical program.  They didn't hear the word recital, but it was a public performance.  So, I immediately assured them that they didn't need to participate, but I added something new this round.  A few of their friends were participating.  So, I said, "Why don't you come and listen to them?  They would love to see you there supporting them!"

You know what, they came.  I made it clear to everyone attending that this was our opportunity to listen to each other's music and, that if anyone who wasn't on the program wanted to share their music, all they had to do was whisper in my ear and I'd include them.  They did!  We had a wonderful time sharing our music and I'm hopeful that those students will find they belong there at the piano sharing their talents along with their friends at the next one.

Either way,  my responsibility is to nurture and grow the musicianship and appreciation in these students.  That means breaking with my comfort zones and "norms" to lead them to a place where they are comfortable.  In the end, the arts win!  The students win!  The teachers win!  Everyone wins, because we're expressing ourselves through the creative and ever-changing art of music.

THE EARS HAVE IT!

I'm not a great pianist, but I love to play the piano.  As a child, I played piano almost exclusively by ear.  I would hear a song, go to the piano and spend all of the time it took to teach myself that song.  I even fooled my piano teacher for a time.  She would play the lesson each week and I would carefully make a mental note of what she played.  As soon as I got home I would go to the piano and play the song over and over until I had it down tight.

Could I read the music?  Barely!  That became my downfall for a time with that teacher.  One day I walked into my piano lesson only to have my teacher turn the page and say,  "This week we are going to do things differently.  You are going to take your song home and learn it all by yourself."  I looked at the song and smiled at her.  That didn't bother me, because my mom played this song.

Later that night I asked mom to teach her version of this song to me.  A week of practice passed and I walked proudly into my teacher's studio to play the song.  Throwing the book open, I played it with all of the passion and artistry I could muster.  She sat back and the room fell silent.  She smiled for a moment and then commented, "Well, Will, that was just amazing!  Now play the song as it is written in your book."  She caught me at my game.  My days of playing these songs by ear were over!

Yet, she didn't set a strict regimen of note reading in the days ahead.  Instead, she did her homework and I imagine she spent a great deal of time planning that week before I returned.  At my next lesson I reluctantly played the boring little song from the book for her before she set it aside and said,  "I have something for you."  She pulled out a little blue book.  I can still see it in my memory.  It was a Psalter book.

As she opened the book I noticed that there was only a treble clef of melody on each song with lyrics underneath and the occasional mapping of letters which I came to know as chord symbols.  What on earth was I suppose to do with this?  She explained to me that my ear for music was so great that she was going to play off of it for my lessons.  Thus the time of my greatest growth began. To this day, that is my preferred method for playing a song - basically a fake book, but she and the college professors after her also grew my interest and abilities in reading notation.

As the years have passed I've still relied heavily on my ear to guide me through a song, but more recently I've challenged myself over and over with something unfamiliar that I will learn entirely from the staff.  I'm at the mercy of the grand staff and my ability to read the score.  I have several students with very, very strong musical ears.  Sometimes I have them in tears (not intentionally) with my insistence that they look at the book and read the notes.  I always recognize what's afoot with them when they stumble through a piece, stop, look at me and say,  "Will you play it for me?"  Sometimes the answer is yes, but the answer is often, "Next week after you've explored it!"

I value a student with a good ear for music.  They, in my opinion, often have the greatest chance at being artistic and flourishing at the piano or whatever they're studying.  I will always meet their tears of frustration with encouragement and hope that this is all part of the growing pains of becoming the grand musician that's hidden inside.

So, play on to the orchestra and band hidden in your mind. Let the creativity flow and keep playing what you hear!  Also take the time to explore and learn how to play what you see.  Then you will have the sheer pleasure of enjoying what others have heard as well.  After all, the eyes and the ears have it when it comes to music!